Sand billowing in the wind 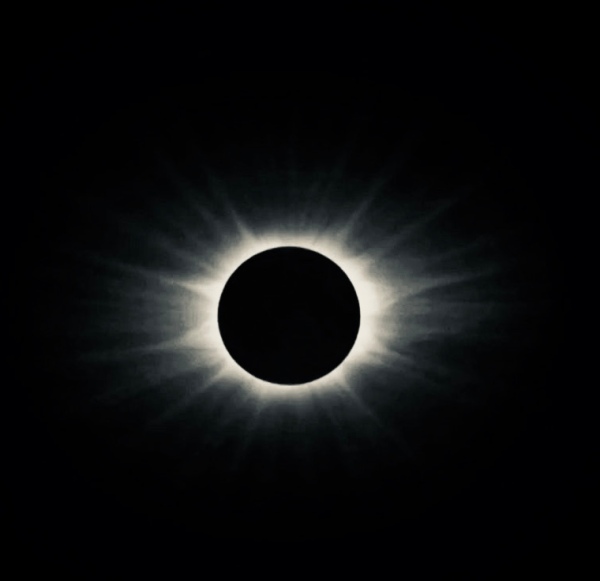 Caught in an endless tailspin

Every night I dream of us dancing under the moon, the stars twinkling against the sable sky. A cool breeze lingers on our skin, giving relief from the hot summer air. Our song, the rhythmic cadences of the crickets. As we sway, the night comes alive and I feel whole again as beauty fills our meeting place. For just a few hours before daybreak we can be together again.

The faint light on the horizon

Stark contrast against the night sky

A beacon of hope for all who see it

Knowing that soon, they will be home

I recently submitted this piece to the blog Brave and Reckless. Hope you enjoy it!

“You were meant to know the night,” she whispered into my ear. Her hold strengthened with inhuman force as she braced me against her body; steadying me for what was about to come. I had long since given up the struggle against this exquisite creature. The power she held over me was unrelenting.

The edge of time seemed to be nearing at a quickening pace, the unyielding hunger in her eyes expressing her desire. Tracing their way my chest to my throat, her icy fingertips lingered for a moment over the gently palpitating skin. I knew that she could feel my pulse quicken as the seconds dragged on.

Paralyzed from fear of the unknown, I waited for an eternity. She had forewarned of the indescribable pain would soon consume me as I take my last breath and awaken a nocturnal animal; forever destined to lurk in the shadows.

The road stretched on in front of us, the sky darkening with every mile. Ahead, the unmistakable threat of a storm loomed and I didn’t want to be on the road when the clouds finally opened up.

“I knew we shouldn’t have stopped for dinner,” Sophie muttered from behind the steering wheel.

The hour we spent at the diner somewhere outside of Salem, Massachusetts put us further behind schedule than either of us would’ve liked. From the way things were looking, we’d be lucky to make it across the Maine border before the storm hit. The local stations had been calling for strong weather to hit the area, but the threat wasn’t great enough for us to cancel and lose the non-refundable deposit that we had put down on the rental house.

“Just drive faster,” I suggested from the passenger seat. The GPS mounted on the window had been silent for the last 20 minutes as we continued down a road that ran parallel to the ocean. Next to me, the waves crept closer to the asphalt with such vigor it looked like the water would lap onto the pavement within the next few minutes. “We need to get off of this road.”

“Bay, there aren’t any turnoffs. Where do you want me to go?” Sophie asked, scanning the horizon for any exits. Since our last stop for gas the road had been mostly barren, which for such a picturesque area was a bit disconcerting.

Why was a place like this not developed? I thought. There were no roads or even driveways off of the route we were on, and the GPS showed that we still had over 30 miles until our next turn. Which, by my calculations would be too late to get out of the storms path.

“There!” I nearly shouted pointing into the distance. Barely visible against the ominous sky was the distinct outline of a lighthouse. “Maybe we can wait out the storm inside.”

Rain pelted the windshield as we drove closer, the wipers and headlights doing little to aid with visibility. Carefully, Sophie pulled off of the paved street and onto the muddy path. It looked like the grounds hadn’t been tended for years, but a light at the top of the structure burned brightly against the black sky.

Hoping that someone was inside, we dashed out into the stinging cold rain as the first strike of lightning hit the ocean. “Hello! Is anyone there?” I pounded on the door, my words lost in the wind. With no reply I tried the handle, surprised to find it unlocked.

“Should we go in and see if anyone’s here?” Sophie asked.

The two of us stepped into the shelter of the building, water dripping from our clothes. It looked like no one had been in the lighthouse for years, but the spiraled staircase looked sturdy enough to scale. Timidly, we climbed the metal stairs.

There was something eerily familiar about this place and as we continued to ascend, an overwhelming feeling of deja vu rushed over me. For as long as I could remember there was always an unknown force pulling me toward New England.

An unnatural electricity ran through this structure, pulsing through my veins, creating a connection that felt unbreakable. I looked around suddenly feeling like we were being watched, but the steps behind me stood empty. A cold breeze grazed my face like a gentle caress, the icy dampness lingering on my skin.

It seemed forever before we reached the top of the staircase, but after what felt like an eternity we reached the lantern room. From every angle we could see the alarming change in the weather outside. The waves crashed against the rocks, blurring the lines between land and sea. It wouldn’t be long before any coastal roads were flooded, blocking all escape routes.

“Guess no one’s here,” Sophie shrugged, stating the obvious. The words barely left her mouth before a crash echoed from the other side of the room. We turned in unison, but nothing looked out of place.

“Sophie, do you see the…” Wet outlines of footprints materialized directly across from us but faded before I could finish my sentence. “Maybe we should go back to the car,” I suggested instead, my nerves kicking into overdrive.

The storm raged on around us. The lights flickered with a clash of thunder, and the two of us instinctively huddled closer together. Running toward the stairs, my heart pounded at every step as we tried to get back to the car.

Without warning, the door separating the two chambers slammed shut. “What the…” I bellowed, stopping so quickly that Sophie stumbled into me. The building was drafty, but not enough for such a dense wooden door to close with so much force.

Turning the knob, the door wouldn’t budge. With no other exit from the chamber we would be stuck in here. The light flickered again, temporarily casting everything in darkness. Beyond the windows, the conditions had worsened even more. Water had risen over the lawn and was creeping up the bricks of the lighthouse, flooding our car as it continued to rise.

“What do you mean?” Sophie rushed to the window to see the situation that had befallen us.

Dejected, I sank down to the floor realizing how dire our circumstances would get if this squall didn’t let up. The building shook with ferocity as a crack of thunder penetrated through the structure. The lantern flickered once more before going out completely, leaving the two of us cloaked in darkness; the only illumination coming from the sporadic bolts of lightning that stretched across the sky.

Sophie nervously began to pace around the room, the rhythmic sound of her footsteps beginning to calm my nerves. Outside, a massive 50 foot wave crashed against the reinforced sheets of glass surrounding us. The curtain of seawater blocking out what little daylight remained.

“Sophie?” I worriedly scrambled across the room  to where she had just been. Since kindergarten the only times she ever used my full name was if she was scared or in trouble. “Sophie, where are you?” There was nothing but silence. Even the roaring outside from the storm had stopped. “Soph..” I stumbled over something in the middle of the floor. Searching frantically, my hand finally coming in contact with her body, limp on the cement.

Knowing that she needed help I rushed forward only to come face to face with a man about six feet tall. From his waistcoat to his boots everything about him seemed out of place, but what caught my attention the most was his translucency.

Dim light began to stream back into the room and out of the corner of my eye I could see my friend still unmoving. Fear encompassed me, my heart feeling like it was going to burst from my chest. He inched his way closer, stopping close enough for me to get a good look at his face. His long, grimy hair did little to hide the dark pink scar that ran the length of his cheek. “Welcome back, Bailey” he stated, a malicious gold filled smile spreading across his face. He circled me, the heavy sound of his footsteps pounding in my ears. “I’ve been waiting for you.”

A rush of memories from another lifetime swept over me and I instantly knew why I had been pulled here. Before I could move, he grabbed my arm and at his icy touch everything went black.

Once shared by many

Destroyed by a few

The constant struggle to distance ourselves from the past

Destined to follow the same path as our ancestors

Rise against the hate we see every day

Not only for us but for those that come after

We should never forget

But rise from the ashes and soar